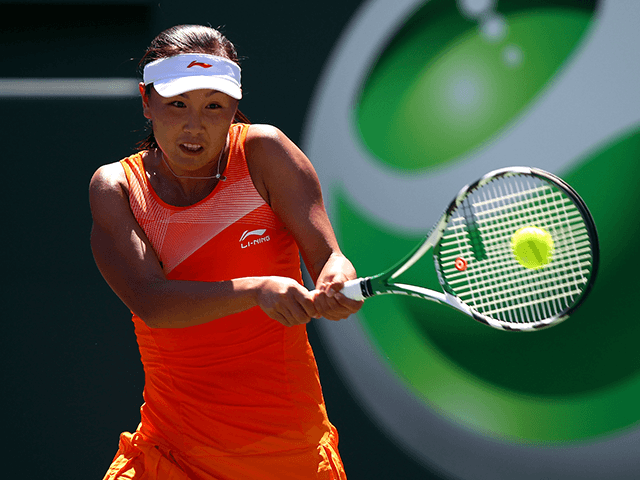 Boston Celtics player Enes Kanter has called for the International Olympics Committee (IOC) to move the Olympics out of China for “the sake” of missing Chinese tennis star Peng Shuai.

Kanter published an op-ed at the Wall Street Journal Sunday saying, “All the gold medals in the world aren’t worth selling your morals.”

Kanter also posted a tweet demanding that the world “It’s time for us to WAKE UP and SPEAK UP!”

It’s time for us to WAKE UP and SPEAK UP!!

All the gold medals in the WORLD aren’t worth selling your morals, values and your principles.#WhereIsPengShuai#NoBeijing2022

Read my latest on @WSJ https://t.co/3lXoDh2KNg

In his op-ed, Kanter said that western athletes should use their platforms to “lend a voice to those being silenced.” And the international community of athletes, Kanter insists, should use that strength to force China to definitively say that Chinese tennis player Peng Shuai is safe from retaliation from the communist regime after she accused a high government official of raping her.

Kanter went on to take a slap at NBA star LeBron James for prioritizing money over morals.

“We must also stop giving priority to money over morals. Claiming we are ‘misinformed’ or ‘not really educated’ should no longer be an excuse,” he wrote. “Take initiative. Reach out to activists and communities. Try to learn about the Chinese government’s abuses. We can all be better allies, and stand in solidarity.”

The 29-year-old player additional that the world “must take a firm stance against the 2022 Beijing Winter Olympics” and praised the Women’s Tennis Association for raising its concerns about Shuai. Kanter additional that the IOC has “shockingly echoed Chinese state media’s rhetoric about her case.”

“This comes as no surprise, as the IOC has ignored Beijing’s abuses for years. As athletes concerned about human rights and justice, we must pressure the IOC to move the games. All the gold medals in the world aren’t worth selling your values and your principles to the Chinese Communist Party,” Kanter said.

Indeed, many are claiming that the case of Peng Shuai is solved since the Chinese government recently leaked a video of her at a restaurant. nevertheless, the videos seem staged, and there is no evidence that the tennis player has freedom of movement or speech. additionally, there is certainly no evidence that Shuai wasn’t coerced into making the videos.

Kanter ended his op-ed with a plea: “Wake up and speak up. Change is coming, and no one can stop it. They can’t silence us all.”

“Don’t choose extinction”: Dinosaur gets the climate message across ah…

Did You Know This About Your Knees

Everything we do with our legs needs our knees. Their movement allows the leg to turn, twist and set straight

What Are the Grounds for a Continuance in San Diego Superior Courts?

Are You an Insurable Driver? That is the Question!

Amazing Deliverance From The Valley Of The Shadow Of Death

Pain is no respecter of person, whether it is an ache, grief or nuisance, it is not pleasant to the

Advice in Cleaning Up Spilled Cereal on the Carpet

The Advantages of Hiring a Pest Control Service