A “cunning and clever” woman has been found guilty of murdering her girlfriend’s toddler daughter after being caught on CCTV “terrorising” the child when she was left to babysit.

Savannah Brockhill, 28, an amateur boxer and security guard who called herself the “number one psycho”, punched 16-month Star Hobson to death in Keighley, West Yorkshire, on 22 September 2020.

She had been in a “toxic” relationship with Star’s mother, Frankie Smith, for 10 months at the time of the murder. Smith, 20, was acquitted of murder and manslaughter after the jury accepted she had not promoted Brockhill’s fatal attack. She was found guilty of the lesser charge of causing or allowing the death of a child.

Numerous friends and family members called social sets to express concerns about Star during her short life. The first referral was made in January 2020. But Smith fobbed off social workers, persuading them the referrals were malicious.

Following the unanimous verdicts at Bradford crown court on Tuesday, the Bradford Partnership, which has responsibility for children’s safeguarding, apologised for missing warning signs.

“We want to say first and foremost that we’re sorry for the death of Star. This was a child’s life cut cruelly short,” it said in a statement. “We offered sustain and assistance to Star’s family for what we believed their needs to be, at that given time, but we all deeply regret that not all the warning signs were seen that could have led to firmer statutory enforcement action.”

A local child safeguarding practice review into the case is under way and will be published in January. The Department for Education said it would “not hesitate” to remove children’s sets control from Bradford council “if necessary”.

Outside court on Tuesday, David Fawcett – the partner of Smith’s grandmother, who called social sets in May after hearing that Brockhill had been using a wrestling move called a “slam-choke” on Star – said he was disgusted that the authorities did not step in. “It’s disgusting because there were five referrals. Not one of them did anything. It’s just beyond belief, really.”

He described Brockhill as “pure evil” and accused her of having “brainwashed” Smith. “We were just a quiet, lovely family and she ascended from the bowels of hell and just completely devastated and wrecked our family,” he said.

Fawcett, a postal worker from Baildon, Bradford, said that when his partner, Anita Smith, made her complaint, she told social sets: “Look, we don’t want another Baby P on our hands here, do we?.” But he said the council closed the case after concluding the referral was “malicious”.

Seventeen-month old Peter Connolly, known in the courts as Baby P, died in 2008 after experiencing months of abuse, despite being on the child protection register.

The convictions came 11 days after another associate were convicted in a separate case of killing six-year-old Arthur Labinjo-Hughes after a “campaign of appalling cruelty” during lockdown. Arthur died in June 2020 after being deprived of food, force-fed salt and assaulted, in abuse that was filmed and photographed by his stepmother and father. 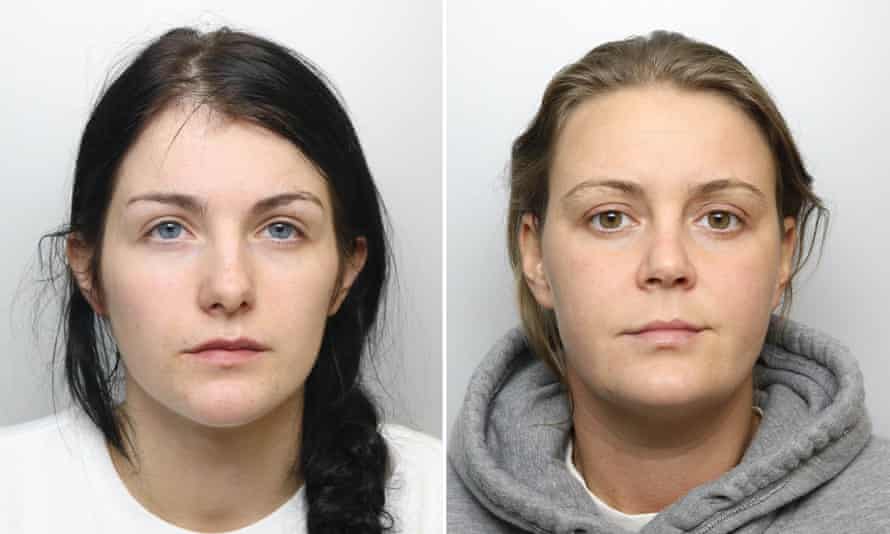 Smith and Brockhill also filmed many acts of cruelty against Star, sending them to friends for their own entertainment. Others were caught on CCTV.

Brockhill sometimes edited the footage by adding emotional music and captions. The women could be heard laughing as they filmed Star falling off a chair or down the stairs. Brockhill admitted she found them funny, comparing them to clips on You’ve Been Framed.

Halfway by the seven-week trial, Smith pleaded guilty to eight instances of child cruelty against Star between April to September 2020.

The court heard Smith was of extremely low intelligence, and “abnormally compliant” when told to do something by an authority figure.

Brockhill, eight years Smith’s senior, bossed her around, urging her to implement a strict eating and sleeping routine. She told the court she came from an English Gypsy family and left school when she was 10. She played on her tough image, posting videos online threatening to hurt anyone who flirted with Smith.

Brockhill’s barrister, Katherine Goddard QC, told the jury: “To say the relationship between Savannah Brockhill and Frankie Smith was toxic is about the biggest understatement anyone could make. From the start it was riddled with distrust and insecurity from both sides.”

A week before Star was killed, Brockhill took the child to her workplace, a recycling plant in Doncaster, overnight so that Smith could go out drinking. CCTV from the site showed her “terrorising” Star, Smith’s barrister, Zafar Ali QC, told the jury.

Ali invited the jury to conclude that Brockhill was “cunning and clever” and manipulated Smith to do what she wanted. Smith maintained she was in the toilet when Star suffered the “extreme” abdominal injuries that killed her.

A pathologist found the main vein carrying blood back to the heart from Star’s legs and organs of the abdomen had been torn, in addition as Star’s liver and the fatty attachments of the bowel, called the mesentery. There was also bruising over the lower part of the lungs and over the pancreas, caused by punching, stamping or kicking.

Brockhill said Star hurt herself when her back was turned, suggesting the injuries were caused either by one of the two other small children present or by accident. Perhaps Star had fallen off the sofa, she said.

Throughout the trial, Smith insisted only Brockhill could have killed Star. Ultimately the jury accepted Brockhill delivered the fatal blow and that Smith was not responsible for killing Star. But they did not exonerate her, finding she had nevertheless caused or allowed her daughter’s death.

Anita Banerjee, senior crown prosecutor for the Crown Prosecution Service in Yorkshire and Humberside, said: “Throughout her short life Star was placed under endless physical assaults and psychological harm. Instead of love and protection, she experienced a world of humiliation, cruelty and pain at the hands of those who should have protected her most.

“It is impossible to imagine how any parent or carer could inflict this level of pain and experiencing on an thoroughly defenceless little girl. Our thoughts keep with Star’s family, as they have been throughout.”

Brockhill and Smith will be sentenced on Wednesday.